A downloadable experience for Windows

A weird and cryptic little game about a Fox Girl and a Bunny Girl - that's almost spooky, but probably not really. Made for the Maximum Monster Month game jam in limited time - which is why it still might be pretty rough around the edges. My apologies. The visuals (pixel art) is all original and self-made though.
So, that's a thing I guess... ^^

What a strange, strange talent Kit is cursed with.
Whenever her clear, blue eyes are closed,
time around her simply stops.

When she and her best friend seek shelter in an old, lost Shrine,
this mystifying talent might turn out to be a blessing... or lead to demise.

"Kemononoke" was made as an experimental title I decided to work on mainly to get more used to the RMMV engine / tool in general.
It features all original pixel art style and a very specific game mechanic: Kit has to close her eyes.
Expect cute kemono-scares and some  puzzles.

this game is so cute! really loving it. bunnies are the best :)

The game isn't bad, but MV makes it nearly unplayable, at least for weaker computers. MV has serious lag issues which don't really exist in earlier RPG Maker engines. It is better to not make a reflex-based game in MV. The eye closing ability makes it manageable most of the time, but it makes it impossible to do anything carefully in a room with invulnerable enemies because you can easily take two steps or more instead of one and sometimes the game just stops for a few seconds, usually at tense moments.

Reply
Neco The Sergal3 years ago(+1)

Super cute and maybe just the right of 'spook' :P I enjoyed the game a lot, full series comin' soon!

Wow, thanks so much for playing and even recording w/ commentary! ^^ That was lots of fun to watch - well played! You pointed out some interesting things like... stuff I might want to re-name =w= Lube-Oil... I get it... *lol* the red 'greasy' liquid too maybe. Anyway, subscribed to your channel, keep it up!

Thanks, can't wait to see more from you :p And I hope you enjoy the rest of my take/videos  of your game :P

So now my only complaint about the game is, at the end it plays a song that is NOT Royalty Free nor from Chelsea OST that my subscribers knew it to be 'DANGO' - it was instantly copyright claimed, so I had to delete that part of the games' audio. Best to always use royalty free since I presumed all of it was, or that all of the songs were from Chelsea OST (Which is royalty free) yet that one specific song was not.

Completely understandable! To be honest I found that beautiful track without description / song name somewhere on my hard drive and did NOT remember where it came from - but it fitted so well as a placeholder and  the deadline for Monster Month came too close for comfort. =w= It's sad I have to replace it at all, but I already found a few free alternatives. Still, thanks for the feedback, Neco. ^^
PS: The 3rd animal is supposed to be a cat.. =w= 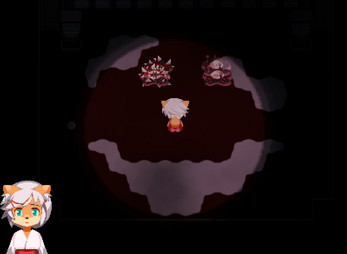 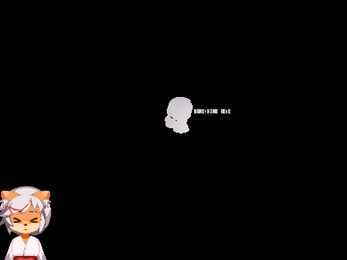